With Dane and Erica

I wrote in my last post that last Wednesday was the 20th anniversary of my first art nude photographs, and that I was planning to do something special to celebrate.

This is something that I had thought about for several years, and to commemorate the day, I decided to go back to photograph in the area of Woodstock, New York, where it all began at a workshop on August 19, 1995.

This time, instead of planning to go by myself as I did in 1995, I did not go alone.  The first person I asked to join me was my good friend Dave Levingston, who has helped me more than any other person these past 20 years by recommending models and locations, sharing his photographic know-how and, of course, for simple friendship.

In this case, his help was also instrumental by bringing his van, as we had company – A LOT of company! – as Dave and I were joined by no less than nine of the best art nude models around, coming from as far away as Minnesota, Illinois, Ohio, Louisiana, North Carolina and Virginia.  With us in Woodstock were Blueriver Dream, Erica Jay, Claudine, Brooke Lynne, Kelsey Dylan, Stevie Macaroni, Nadine Theresa, Dane St. Clair and Elisa Dandelion.

So, there we were, eleven of us all together to see old friends, make new ones and, of course create some art.  Most of these models I had worked with before, but with some I had not, and for two days it was great to do photography with such a wonderful group.

Stevie (right) with Elisa and Kelsey

All of us gathered at the rental house in Woodstock on Tuesday afternoon, and on Wednesday – the day of my anniversary – we went in the morning to photograph at a beautiful waterfall that I had read about.  In the afternoon, I had gotten permission to go back to the very location where I had taken my first roll of art nude photograph twenty years earlier to the day, so we went there, too.  On Thursday we also went to a great location that Dave L had found.

It didn’t end there, though. As I had written about previously, one of my photos was selected to be included in the “Reveal” exhibit at the Darkroom Gallery in Essex Junction, Vermont.   Dave L had three photos chosen, too, so we drove up to attend the opening reception on Friday night, along with Blueriver Dream, Kelsey and Nadine.

Then on Saturday, we photographed Blueriver Dream in the morning, and again in the afternoon with Kelsey.

Still, the trip was not without incident.  On Wednesday, at the waterfall, our photography was interrupted for 45 minutes by the arrival of a summer camp group from Latvia.  (Yes, Latvia.)

On Thursday, I slipped and banged my right knee pretty hard on the ground, after earlier having twisted it pretty badly when trying to get down to a spot for photos.  (I didn’t even know how bad the bang was until I saw the blood coming up through the leg of my pants. It still hurts quite a bit, especially when turning it or walking steps, probably from its having been twisted.) 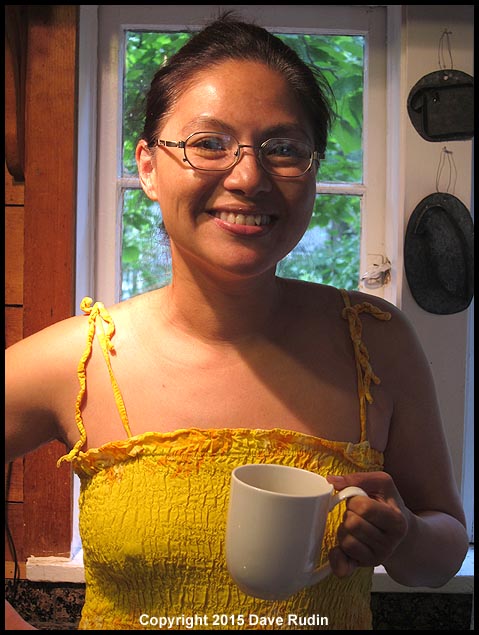 Then, on Saturday, I took a bit of a stumble and while trying to protect my camera from damage, both of my shins came down pretty hard onto a rock, doing some damage.

Overall, though, photographing and spending time with so many great models and getting together with a good friend was a great way to celebrate my doing 20 years of art nude photography, and I thank everyone who was there to join me.

I just hope that the future will hold more events like this. 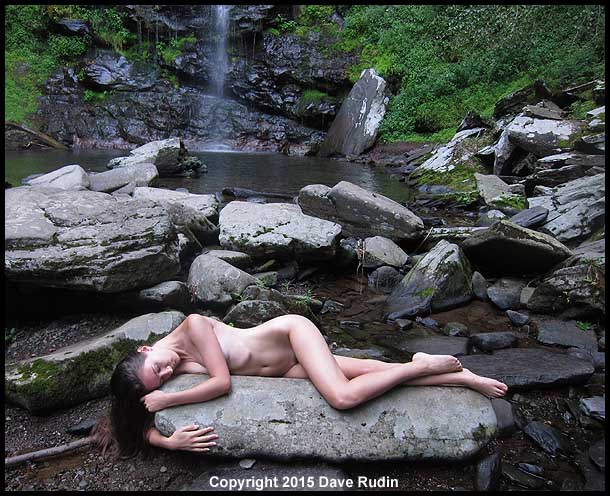 Kelsey, Dave L and Stevie. (Yes, no words can properly describe this.)

My print (right) at the Darkroom Gallery in Vermont

With Nadine at the Darkroom Gallery

Ken and Tim from the Darkroom Gallery

Dinner in Vermont with Nadine, Blueriver Dream and Dave L 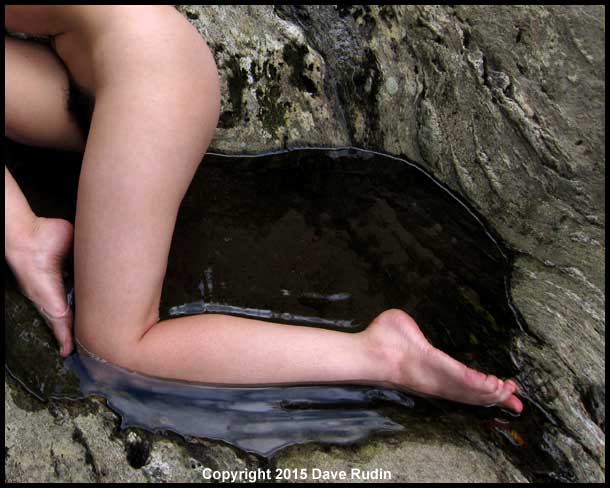 With Dave L and Kelsey on our final night together 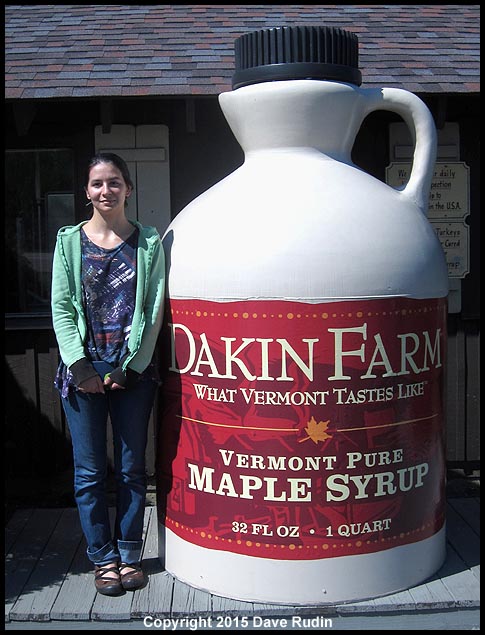 Blueriver Dream at a stop for maple syrup in Vermont

Dave Rudin is a fine art photographer based in Brooklyn, New York. He specializes in art nude and travel photography, using black & white film and making silver gelatin prints in a darkroom.
View all posts by Dave Rudin →
This entry was posted in Uncategorized and tagged anniversary, nude, Vermont, Woodstock. Bookmark the permalink.