Win, Place and No Show

One of the things that I want to try to do more often is to enter my photographic work into competitions to try to get them exhibited and/or published more frequently.

Like many of the things that a fine art photographer does, it involves spending money with only a small hope of a return.  Normally there’s a fee involved in entering the competition.  If it’s an exhibition that one is submitting to and one is lucky enough to have some work accepted, there’s also the cost of shipping the print to the gallery and then having it sent back (unless someone buys it, of course, which is something that you simply can’t depend on because of its rarity).

Still, I managed a couple of success in 2011.  One of my photos received a Bronze Award in Black & White magazine’s Single Image competition early in the year.  Then three of my photos were exhibited at a small gallery in Los Angeles in an exhibition of nudes in July.

So, what’s happened since then?

Well, I once again submitted some work into the annual Photo Review competition, which is a competition for inclusion in a special issue of that publication.  One of my photos of Japan had been published in it a few years ago, so I thought I’d try again.

The result?  As the letter to me stated, “Unfortunately, your photographs were not chosen for reproduction in the 2011 Competition issue…The juror selected only 51 of the 573 photographers who entered the competition.  As always, the juror made many difficult choices and much good work was not included…However, we have selected your work for a special web exhibition arranged around several themes that seemed particularly prominent among entries this year.”

So, I got into the web exhibition.  I think of this as something of a consolation prize. Definitely not as good as getting into the publication, but better than nothing at all, I guess.  (The web exhibit is not online yet, probably because the print issue isn’t out yet.)  The photo chosen, by the way, is “Silhouette and La Salute, Venice, 2009.”

Next in line was an exhibition on the theme of Travel at the Photo Place Gallery in Middlebury, Vermont.  As followers of my blog will know, I take my travel photography as seriously as my figure work and I would like to get that exhibited, too, so I entered a number of photos.

The result?  As the e-mail said, “From over 900 photographs submitted, (the juror) chose forty photographs for the gallery exhibition, plus an additional thirty-five photographs for display in the “Online Gallery Annex” on the PhotoPlace Gallery website.  All selected works will be reproduced in a full-color exhibition catalogue available for purchase from Blurb Books…Although your work was not chosen for the gallery exhibition, we are pleased to tell you that (the juror) selected it for the Online Gallery Annex. “

So, relegated once again to the online gallery.  Another second place finish.  Another consolation prize.  Still, it’s better than being a complete reject, and I did get into the book. The photo selected this time was “Children, Lanten Village, Laos, 2006.”  You can see the online gallery by clicking here (scroll down, please), and the link to the catalogue here. 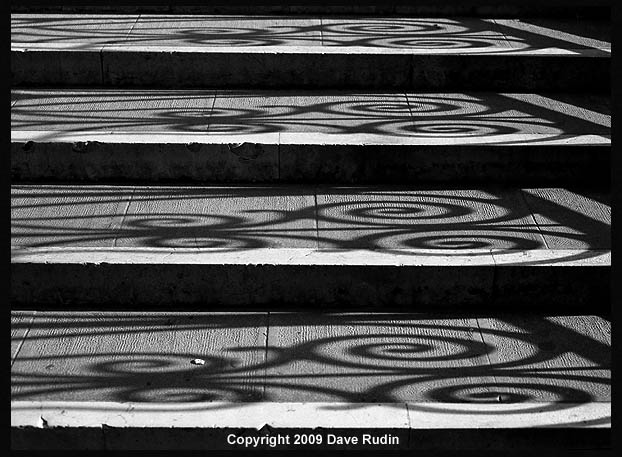 After that came the annual juried show at the Center for Photographic Arts in Carmel, California.  I had paid a visit to the center when I was in California in September and had a nice chat with its executive director (who has now sadly moved on).  It’s a very nice space in a part of the country that has been associated with many of the great names in photography, so I felt that getting my photo on the wall here would be really great.

The result?  To quote the e-mail sent to me:  “Dave, Congratulations! Your photograph, ”Shadows on Steps, Venice, 2009”, has been selected by (the jurors) for inclusion in the web gallery of the CPA 2012 Juried Exhibition. This year, 286 photographers submitted 1396 images to the JE. 137 images were selected for the web gallery, so you are in select company.”

“Alright, already,” I began to think to myself.  “What the hell is it with me and the damn web gallery???!!!  Why can’t I get into the damn show on the wall?”  I was really beginning to feel second rate (and “Feeling Second Rate” was going to be the title of this blog post at one point).  Sure, being second rate is definitely better than being third rate – but it is still second rate.

You can see my photo in CPA’s web gallery here.

Still, if one wants to succeed, one cannot give up, so I tried my hand again by entering some photos into an exhibition called “The Human Form” at the Darkroom Gallery in Essex Junction, Vermont.  All three submissions that had landed me in the web galleries were travel photos, so perhaps a return to the nude figure would yield something better.

Congratulations! Our juror for The Human Form…has made her selections. Your image,  Untitled Nude, 1999, #1, was selected to be a part of our exhibition at the Darkroom Gallery, opening Jan 25th, 2012.“

As the message said, the exhibition opened on Thursday, and will continue to February 19.  The opening reception will be held this Sunday, January 29, from 3 to 5 pm.  I am planning to be there, so if you’re in the vicinity of Essex Junction (which is right near Burlington, VT), please drop by to say hi.  The gallery is at 12 Main Street.

For those who can’t make it, take a look at the selected photos here.  There’s also a catalog available; click here for information on that.

Alas, I have so far written about winning and placing, but what about “no show”?  I decided to enter the Soho Photo Gallery’s annual Krappy Kamera competition for photos made with cheap cameras or lenses like Holgas or pinholes.  I had entered this once before without success, but as the juror is different every year, photos that were rejected one year can be chosen for inclusion the next.

The result?  Well, you guessed it:  “Thank you for entering Soho Photo Gallery’s Fourteenth International Juried Krappy Kamera® Competition. Regrettably, your work was not selected for inclusion.  There were over 1400 images submitted by 208 photographers from around the world. Our juror …was very impressed by the quality and variety of the entries. In fact, he had a difficult time narrowing the show down to 49 images. He easily could have selected another 50 images.”

So, there you have it.  Five competitions entered.  One win.  Three places.  One no show.

What’s next?  This is the time of the year when I wait to see the annual contest issue of the French magazine PHOTO.  My photos have been published in it five times since 1999, but the last was in 2007, so I’m due. The deadline for entry is November 15, and though the issue apparently hits the street in France around late December, it takes a while to get over here to the U.S.   For a long time it usually reached newsstands around the second week of February, but the last few years March has been more of the norm.

So, I will just have to wait.  Before then, though, I have a trip to Vermont ahead of me.  🙂

Dave Rudin is a fine art photographer based in Brooklyn, New York. He specializes in art nude and travel photography, using black & white film and making silver gelatin prints in a darkroom.
View all posts by Dave Rudin →
This entry was posted in Uncategorized and tagged competions, nude, travel. Bookmark the permalink.

8 Responses to Win, Place and No Show