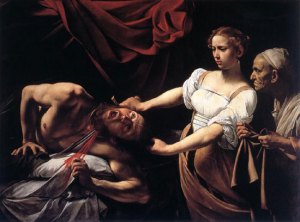 I’ve got a few things to write about tonight.

First, I want to thank everyone who wrote to support me in the recent debate regarding a photo that I included here two posts ago. What began as a little exercise in multiple exposure technique to try to create something surreal turned into a Frankenstein’s monster. Some liked it, some thought it was misunderstood, some wanted it destroyed.

I even thank those people who wrote in with viewpoints different from mine – though I would have preferred that their tone would have been different. Thanks to my friend Dave Levingston for writing a blog entry (here) supporting my right to create such an image and in support of artistic freedom in general.

As most of you probably know, I did eventually remove the photo in question. This was because the model sent me a polite message asking – not demanding – if I would do so. That was the reason, and not the rantings and ravings of those who disagreed with my creating the image. I am much more likely to respond positively to the quiet voice of reason than to angry shouting, and that was the case here.

Meanwhile, I’ve got a much bigger and serious problem to deal with that is potentially very serious. The external hard drive where I store my photos doesn’t work. I flip the power switch and nothing happens. The light doesn’t even go on – which has me hoping and praying that it’s a problem with the power supply and not with the drive itself. This was the internal drive on my old computer, which I turned into an external drive with a kit that I purchased. I’m hoping that getting a new kit will get the drive working again.

If not – well, I recently began backing up the drive to DVD, beginning with the images from my older digital cameras. I also was relieved to see tonight that my digital photos from Tibet, Laos and Cambodia (made in 2007 and 2008) were backed up to the C: drive of my current computer. Unfortunately, the drive was too full to allow backup of this year’s photos, and as I hadn’t gotten around to copying them to DVD, the non-working disc drive is the only place where they can be found. (Film can be scanned again, of course, but would be a huge undertaking.)

It was a cold, blustery, very windy night here in New York this (Thursday) evening, but it didn’t stop me from getting around to some art events. First, I made a short stop at the New York Academy of Art’s “Deck the Walls” party. This was an event where a lot of low priced works of art were on display and for sale to benefit the school. I saw one piece that I really liked – a beautiful mezzotint showing some shadowy figures on the street – and 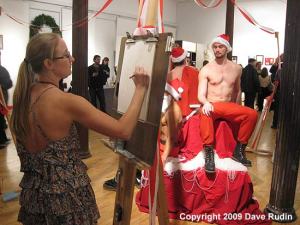 as it was at the lowest price level, I debated whether or not to go for it . When somebody else got it, the question became moot.

You can see it in the photo here, along with a photo of some top 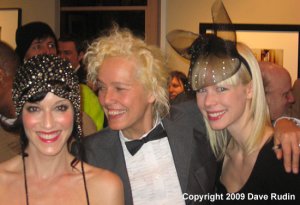 less young Santas (or Santa’s helpers?) who were posing for artists there. (There were also some drawings for sale of some traditional looking Santas, except that they were nude. They reminded me a bit of Dave S. Well, maybe more than a bit.)

From there I went up to Sta 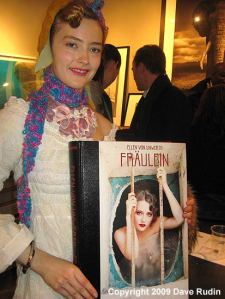 ley-Wise gallery to attend the opening night for a show of photos by the German fashion photographer Ellen von Unwerth, a former model who’s known now for her very sexy photos of young women. The exhibit is to highlight the publication of her latest book, Fraulein. An advance copy of the book was there and the photos are indeed delicious. The book is big and heavy – but so is the price. As it’s a signed limited edition, it costs $700, I believe. I’d love to add it to my collection, but at that price – well, I don’t think I have to say any more. She did sign my copy of her earlier, normal priced book, “Revenge.”

In the photo of the three women here, Ms. von Unwerth is the woma

I haven’t done this for a while, so let me welcome a few more new followers to the blog: Jeep, Anna, Unbearable Lightness, Artistas Plasticos, DPX-Scott Edwards and znesic. I cannot promise more controversry as happened recently, but I will try to post some good photos.