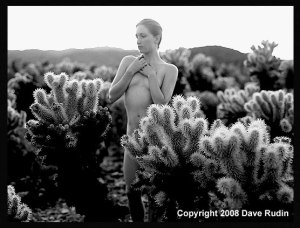 Today is Thursday, and I am now into the sixth day of my ten day stretch of not having to get up early to go to work. Being the sixth day, it’s the first day of the second half, so it feels like it’ll be all downhill from here.

This has been unusual for me, as never before have I taken off a week from work just to stay home. Usually annual leave like this is reserved for going away somewhere, but I just decided to stay put this time. Sleeping late and not having to schlep into the office by subway is a bit like practicing for retirement. That won’t happen, of course, for another dozen years or so, but all I can say for now is that I like it! 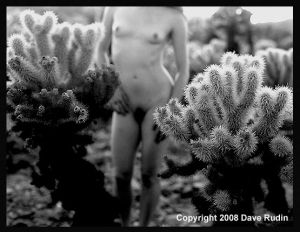 till, this hasn’t exactly been a retiring week, as I’ve mostly dedicated myself to developing film. So far, since I started on Sunday, I’ve done 27 rolls. I hope to do another 20 before I go back to work on Tuesday. I’ve finally developed all of my film from 2008 and am now working on the film from my trip to Oregon in May of this year. If all goes according to plan, I should even get to the first two rolls from my trip to Italy in June.

Looking over the negatives, I think I’ve got quite a few worthwhile images, but I’ve also seen some things that make my blood boil and make me want to smash my head against the wall in punishment for my complete stupidity.

Some of these mistakes that I should not have allowed to happen were in my studio photos taken right here, and I should be able to schedule another session with that model. (In fact, I do want to work with her again, regardless.) These mistakes were caused, in p

art, by my not paying full attention to what I was seeing in the viewfinder, and I might still be able to get around the problems by cropping and/or some burning in of the final print.

The other major problem images cannot simply be done over, as they were on location in California with two models from the east coast – and there was a full moon involved, to boot! I won’t go into details about it now, but maybe I’ll make a posting about it so the whole world can know how I messed up big time.

The photos I’m posting today are from that same trip to California last September. The model is Stephanie Anne Landers. I went out with Stephanie one afternoon to Joshua Tree National Park, and we spent most of our time working at an old mine that was a walk of over a mile from the nearest parking lot. We still had some time left, so we headed back to the car and drove off in search of another particular location.

We never found that spot that day (I think I drove right by it without realizing it), so we continued on much further south to the Cholla Cactus Garden. Obviously, nude modeling in close

proximity to cacti has very real dangers, so I told Stephanie not to get too close, though I didn’t want her too far from the plants, either.

The other difficulty was the time. By the time we got there, the sun had already gone down below the horizon and it was quite dark. Not nighttime dark, mind you, but still very, very dim, which made for long exposures and difficulty in focusing. The photo of Stephanie with the moon gives you an idea of how high the moon was by then and how dim it was, too.

On the positive side, the light was certainly even, and the sky behind Stephanie gave the cacti a nice backglow. I wasn’t sure if I’d gotten any good images at the time, but looking at the negatives so far, I think I did.

Expect to see more of my recently developed images in upcoming posts.

On another note, people where I work are supposed to get approval before they can undertake outside employment (or even volunteer work), and I found out today that I got approval to carry a spear once again at the Metropolitan Opera. I’ll be going to the theater on Saturday for the auditions for “Aida,” and while there’s no guarantee they’ll want me again, I may yet make my return to the grand opera stage. Stay tuned.

Finally, I want to welcome another Follower to the blog. This time, it is the very lovely St. Merrique. This beautiful young woman is a model from the French Caribbean, I believe, and you can find her blog here. St. Merrique lives on the other side of the country from me in Los Angeles, but if we are ever in the same place at the same time, I would surely love to work with her. For now, I will simply say “Bienvenue!”