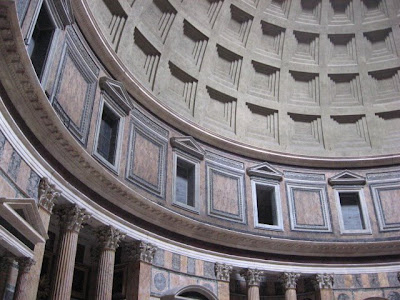 All roads lead to Rome.

That’s the old saying isn’t it? Well, I guess that was true at one time, when Rome was the center of the we 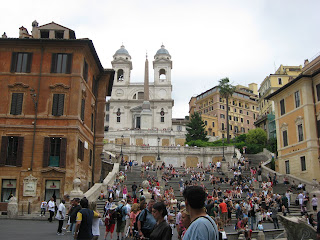 stern world. It may no longer be the center of the that world, but my own road has lead here to Rome. La citta eterna. The Eternal City.

I arrived here yesterday morning, 19 years after my last (and first) visit here. I left New York on Friday afternoon, spending the morning doing some exercise – I walked 80 flights of steps (five flights up and down, sixteen times) and finishing my packing. I also called the airline to confirm the flight and happened to ask what the aircraft would be. “An Airbus A330,” I was told. “Oh,” I said, “just like the one that crashed into the Atlantic Ocean a few days ago.”

Well, my flight arrived safely and without incident. I had thought of taking a taxi from the airport to my hotel, but decided to go the inexpensive route and took the train into Rome and from there the metro (subway) to the stop closest to my hotel. 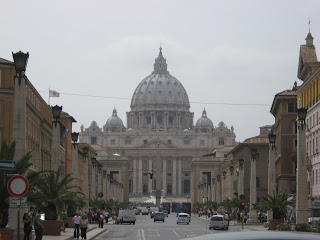 ter resting a bit, I went out to change some money, walking up the Via del Corso toward the Spanish Steps and going to the American Express office which was open Saturday morning. After that I just walked around, taking some photos but mostly just taking in the atmosphere, surrounding by all of the beautiful old buildings. I went to the Pantheon (photo at the top), the Piazza Navona and then across the Tiber near Castel Sant’Angelo to the Vatican (left). I didn’t go inside, but I did spend some time admiring the beautiful facade of St. Peter’s, designed by Bramante and Michaelangelo.

Still, by then I was feeling pretty tired, not having slept on the plane and having been awake for aro 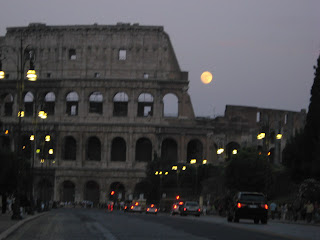 und 30 straight hours. I was even nodding off while writing a post card to a Roman Catholic friend of mine. So, I headed back to my hotel near the Colosseum, walking along the western side of the Tiber, then crossing over and walking through the centro storico, walking up the Capitoline Hill and past the Forum.

At night, after eating, I just took a stroll over to and then around the Colosseum, placing my hand on the stones every now and then to touch history. While I was taking that walk, I came across a bride and groom being photographed by the Arch of Constantine. It’s June, so it must be wedding season here, as I came across five weddings or wedding photo sessions. The best o 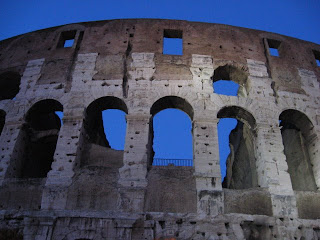 ne was at the fountain in front of the Pantheon; I think I even got some good photos of that one myself!

Today was a different day, as I went out to Ostia Antica – Rome’s old seaport, abandoned about 1,500 years ago – to visit the ancient ruins. I especially liked the ancient mosaic floors with their beautiful mythological artwork. As it was yesterday, the weather was mostly overcast and windy, though it did clear up in the afternoon.

Tonight I did something I had not planned at all when planning this trip: I went t 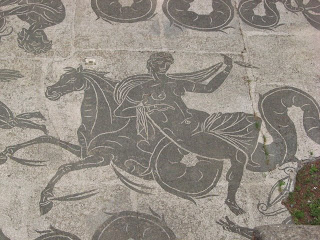 So, that’s if for now. I’m plannimg to visit some art museums the next two days so I probably won’t be taking too many photos, but I should be seeing some great art by the likes of Michaelangelo, Raphael, Botticelli, etc. (A note to Lin and Dr. UL: I did not 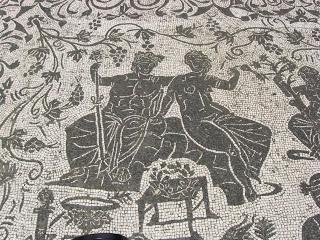 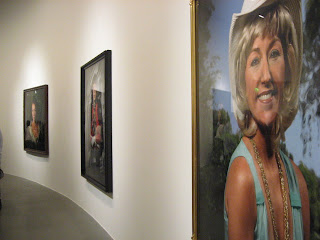 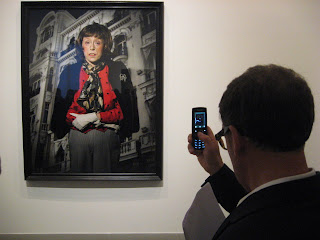