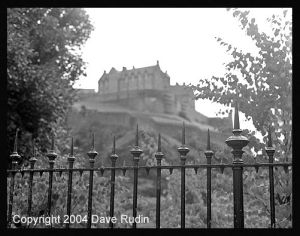 I ate two breakfasts and two lunches today. The first breakfast was my normal bowl of cereal in the morning. Then, at my office, my supervisor brought in a bunch of croissants and muffins and stuff, so I had one large croissant and one large (so called) caramel muffin, along with some grape juice. (I don’t drink coffee or orange juice, and there was no apple juice.)

my small group of five people, but everyone in the office was invited, so I guess this was our “big” holiday party. We never had a proper holiday party the way we used to in December, and apparently nobody is in much of a celebratory mood these days to plan anything else. (This has nothing to do with the state of the economy, but everything do with how the state of our jobs sucks.)

Despite having had two breakfasts, I decided to eat the half-sandwich that I brought in for lunch. (Even though I’ve stopped trying to lose more weight, I’m still having the half-sandwiches for lunch to try not to gain the weight back.) I thought of leaving the san 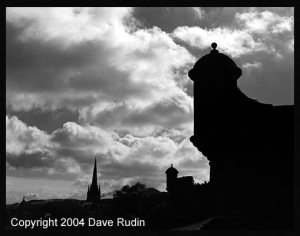 dwich in the refrigerator at the office for my next day in, but as that won’t be until Tuesday, I figured that I’d better eat it now.

Then, when I went to my doctor’s office to have my breathing checked out (the third doctor’s appointment in three days), there was a little party going on and I was invited to partake, so I had a couple of small tuna sandwiches, some potato-egg salad and a fudge brownie. (Despite my bronchitis and my throat still bothering me, my breathing still registered at 111% of normal, for those that are interested.)

Having eaten all of that, I’ll probably still have dinner tonight, as I have a busy weekend planned.

Now, why am I mentioning all of this instead of writing about photographic stuff? Probably because I have no photographic stuff to mention and to put up enough text to provide filler for the photos I’m posting today. I haven’t posted any images of mine from Europe for a while, so in honor (or should I say, ‘honour’?) of our British friends, I’ve decided to show some photos from two of the four capitals of the United Kingdom of Great Britain and Northern Ireland. The two, if you haven’t figured it out, are London, England and Edinburgh, Scotland. (I’ve only photographed Cardiff, Wales, in color and I have never been to Belfast or any other part of Northern Ireland.)

The photos, from the top down, are: Edinburgh Castle (up on the hill); the Houses of Parliament

seen from the London Eye on a (what else?) rainy day; some silhouetted turrets and towers seen from Edinburgh Castle; and, a silhouetted Nelson’s Column in Trafalgar Square.
The last photo, despite its saying “Scotland Place,” is actually in London – somewhere near “The Yard,” if I recall correctly (though I may not recall correctly).