A Day For Photography 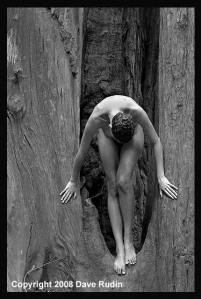 The visit of my family to New York continues for another week, but yesterday I went out on my own and had a day devoted to photography. The primary thing I planned to do was attend the annual PhotoPlus photo equipment show at the Javits Center, and I was able to do so, though I arrived later than planned.

The day started with a necessary trip to the post office to pick up some packages. Then it was back home to grab a bite to eat, followed by the 14 block walk to the subway station and a ride into Manhattan. My first location there was the Staley-Wise gallery to see the Patrick Demarchelier show on its final day. I’d seen his work exhibited before, but it’s always good to see beautiful black & white fashion and nude imagery again. (The photo at the left was one of the photos in the show.)

I had been unaware of this exhibition (hence my seeing it on the last day) and thus missed the opening night reception last month. Normally the photographer whose work is being shown is at the opening, so I was upset at missing it, as I have a couple of Demarchelier’s books that I would like to get autographed. I mentioned this to the receptionist and she told me that he actually wasn’t there that night, so now I don’t feel so bad. There should be another exhibit of his work in the springtime, she said, so perhaps I’ll have another chance.

Speaking of books, the gallery had an advance copy of Demarchelier’s latest book, a career retrospective that should be released next month. (Click here to see the Amazon page.) After seeing it, I’m pretty sure that I’ll have a third book of his in my collection. It’s a big, heavy tome, printed on heavy glossy paper, and it’s filled with gorgeous fashion, nude and portrait images. If you’re interested in such things, try to take a look.

After the gallery, I went up to PhotoPlus. This is a show that I’ve been attending for over a dozen years, but during the past several years, it’s been of less and less interest to me as everything is turning to digital. It was no different this year. I walked past one exhibitor after another featuring digital equipment or dealing with digital workflow. The only one that seemed to have anything to do with film was Kodak, which had a smaller set-up than in years past. I don’t even remember seeing Ilford (though by virtue of my late arrival, I didn’t get to see everything.)

I even went to the Pentax area to see if they had anything new regarding my camera, the Pentax 67. When I didn’t see anything on display, I asked one of the Pentax people where the 67 display case was. “We don’t make any more film cameras,” she told me. The first word that entered my head was “Shit!!!,” but I just told her that I use the 67 and that I plan to continue using it with film.

Still, going to the event was useful for a few things. I renewed my lapsed subscription to American Photo magazine at a special show rate. (I could have renewed my lapsed subscription to Popular Photography, too, but as that magazine is pretty much all about digital media now, I no longer have an interest in it.) I also ordered a 16 x 20 portfolio case transport bag from Light Impressions. This is something I’ve been wanting to get, and the company was offering show attendees a 15% discount through the end of the month, but by ordering it right then and there, the guy I dealt with gave me free shipping, too.

Going back to books, I added a couple to my collection – again, at a discount. Yesterday was the

only day I was able to attend the event, but it was also the last day. Sometimes, exhibitors with items for sale will offer them at a discount at the end simply to cut down on the number of items they need to carry back – and such was the case with Aperture, which was offering 50% off all of their books. I saw three copies of Sebastiao Salgado’s Workers, a book that had long been on my wish list but was always too expensive. (I remember seeing the exhibit at ICP a number of years ago and it was one of the best show of photographs that I have ever seen.) Two of them were the softcover edition, but one was the hardcover, which I had not seen for a long long time. With the half-price discount, I could no longer resist (and the Aperture people even thanked me for taking such a heavy book off of their hands!) I also got Jock Sturges’ new book, Misty Dawn.

Thinking of my own photography, I spent some time at the booth for Blurb, the book self-publishing company. I met a fellow who has used them to make a number of books and he said he was very happy with them. Today I looked through Blurb’s store and I see that some people I know have created some books with them, so perhaps I’ll write to ask their opinions. I may also use Blurb to make an album of the BW photos I took at my cousin’s wedding a few years ago, just to see how their products look. One thing is certain: once I get finished developing my backlog of film, I need to spend time working on a book project of my own – but with 14 years worth of figure work negatives to go through, it will not be quick or easy.

I need to mention that when I got home yesterday, my apartment was filled with my family visitors plus my sister’s friend, her husband and their two adorable but extremely energetic six year old twins – a boy and a girl. I did my best to entertain the little ones, but when they and their parents left, the kids asked me about my nude photos hanging on the wall near the entrance. Earlier in the evening, the kids’ mother had told me that she liked the photos, but if you’ve never tried to explain art nude photography to some six year olds…… well, it’s not easy. Whatever I would say, the refrain would always seem to be (especially from the little guy), “But they’re naked!” (Oh, well.)

***
It’s not one of the photos on my wall, but the photo at the top of this post is another one of Kat at Muir Woods in Marin County, California, this past summer.

1 Response to A Day For Photography