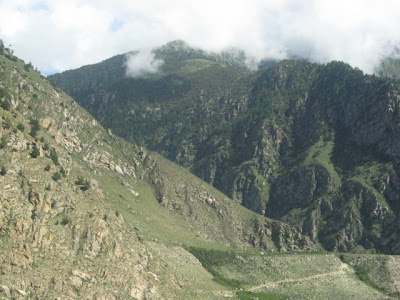 It’s past 11 p.m. and I’m sitting here in an internet center in Bayi, Tibet, China, smelling the cancerous smell of cigarette smoke all around me – so I’ll try to keep this somewhat short.

My group arrived here in Bayi after two days of what I’ll call “extreme travel” – that is to say, travelling by Toyota Land Cruiser (the best vehicle for getting around these parts, it would seem) over roads composed of dirt, gravel, mud, sand and who knows what else. Sometimes we’d need to cross a raging torrent of water, and the better part of today’s journey was on roads undergoing construction. The final part, at least, was on a nice paved road, but it just didn’t seem as exciting as bouncing around the way we had been doing before. 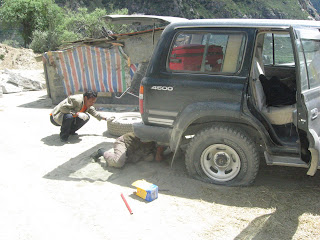 Adding to today’s interest was the fact that we got a flat tire and that the driver had to switch it with the spare. Today’s route was fairly flat, but yesterday’s was anything but, as we weaved on way back and forth on switchback roads to the Potang-la Pass at 16,700 feet. Much of the road was basically on the edge of a cliff following the murky, churning waters of the Yarlung Tsango river. At times it seemed that the land cruiser’s tires were a scant few inches from the edge with no railing – and some of these had sheer drops of several hundred feet. I think somebody with a fear of heights and a weak heart could get a coronary from stuff like that.

The landscape here has been magnificent. I tended to think of Tibet as a high flat plateau – the “roof of the world,” as it has been called – but here in the eastern part of central Tibet there are magnificent green covered mountains plunging down to valleys and rivers below. We’ve made a few stops along the way. One of them was at a small village where we had fun taking photos of the people there – including a fellow on a motorcycle who had a shock of upswept hair that made him look like a Tibetan version of James Dean! 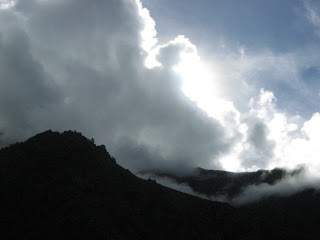 We didn’t visit any temples yesterday but this afternoon we spent some time at a temple called Lamaling. It’s a beautiful place with reconstructed, colorful buildings and some mountain goats running around.

Tomorrow we’re supposed to go to a place called Lunang to spend the night with a local family, but we found out tonight that our departure will need to be delayed due to some bigwigs visiting the area too and with the roads being closed as a result. In fact, as this area is close to the border with India, travel is regulated by the Chinese government. At each place we stay, our guide needs to take our passports to the local police to register us with the authorities. Last night, in Lang Quan, a young woman from Spain was caught without a permit and the police were deciding what to do with her. They asked our guide to interpret until an English speaking policeman showed up. 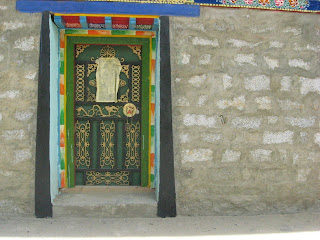 Okay now, it looks like I”ve been able to upload some of the photos I made today with my compact digital camera, so here are a couple of landscapes, a photo of our vehicle with the flat tire and finally the door of a building under construction, with some Buddhist prayers attached to it.

Well, I’d better get going, so until next time – be well, everyone.

1 Response to Shake, Rattle and Roll