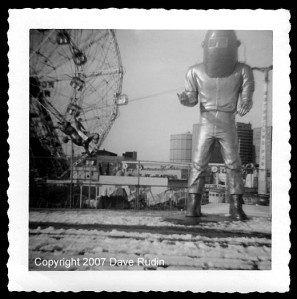 “In the beginning, God created the heaven and the earth. And the earth was without form and void, and darkness was upon the face of the deep………

“And God said, ”Let there be light,” and there was light. And God saw the light that it was good.”

Light. A form of electromagnetic radiation traveling about 186,282 miles per second. That’s pretty strong stuff. Without it, as the Bible says, the world was void and without form. Without it, we who call ourselves photographers would have nothing to write with. We would be, so to speak, out of work.

I decided to start my blog with the quote from the Book of Genesis because I had decided to title my first entry, “In The Beginning.” As this is going to be a blog primarily about my photographic life, I’ve decided to start at the beginning with one of my earliest images. With that title, the biblical quotation came to mind, so I decided to use it in order to pay tribute to that wonderful friend of ours – the thing that we call ‘light.’

Like many people, I’ve got a bunch of old photos stashed away in a proverbial shoebox. (It’s not the same as keeping them hermetically sealed and kept on the porch of Funk & Wagnall’s since noon today, but you get the idea.) This is the repository for the photos I took when I was a kid and a teenager, before I really became “serious” about photography.

From that box I’ve chosen the photo seen here. I made it when I was a kid on the boardwalk at Coney Island, close to where I grew up, sometime in the mid-1960s. The subject is an amusement park called Astroland, with the huge astronaut who stood on the boardwalk for a while on the right (he made his exit ages ago) and the still present Wonder Wheel on the left. I’ve also been always intrigued by the cowboy flying through the air on the horse in front of the wheel – is he real or just a replica of sorts?

Anyway, I tend to think of this as one of my first ‘good’ photos (well, good compared to the others I took at the time) and it still brings back a sense of nostalgia every time I look at it – but how could I know back then just how important photography would be to me?

(Ironically, while I’m writing about my beginnings in photography, the end is in sight for Astroland. After decades as a mainstay on the Coney Island boardwalk, its days are numbered, having been recently bought by a real estate developer who plans to put up condos and an indoor, year-round entertainment center. At least the Cyclone, on adjacent city-owned land, will stay. I hope that somehow the Wonder Wheel will, too.)

* * * * * * * * * *
As for the future of this blog, time will tell. I primarily photograph art nude and travel images, so the majority of the photos I post here and write about will be from those two genres, though I may toss in a few different things if I see fit. I’m not a pro so I don’t photograph every week or even every month, but I’ll try to put something up here once or twice a week with images both old and new. I look forward to doing this and I hope that you’ll enjoy the journey with me.

Thanks for stopping by.

5 Responses to In The Beginning……